The Poor Are Not A Liability: Bishop Emeritus Franzelli Appeals To Government 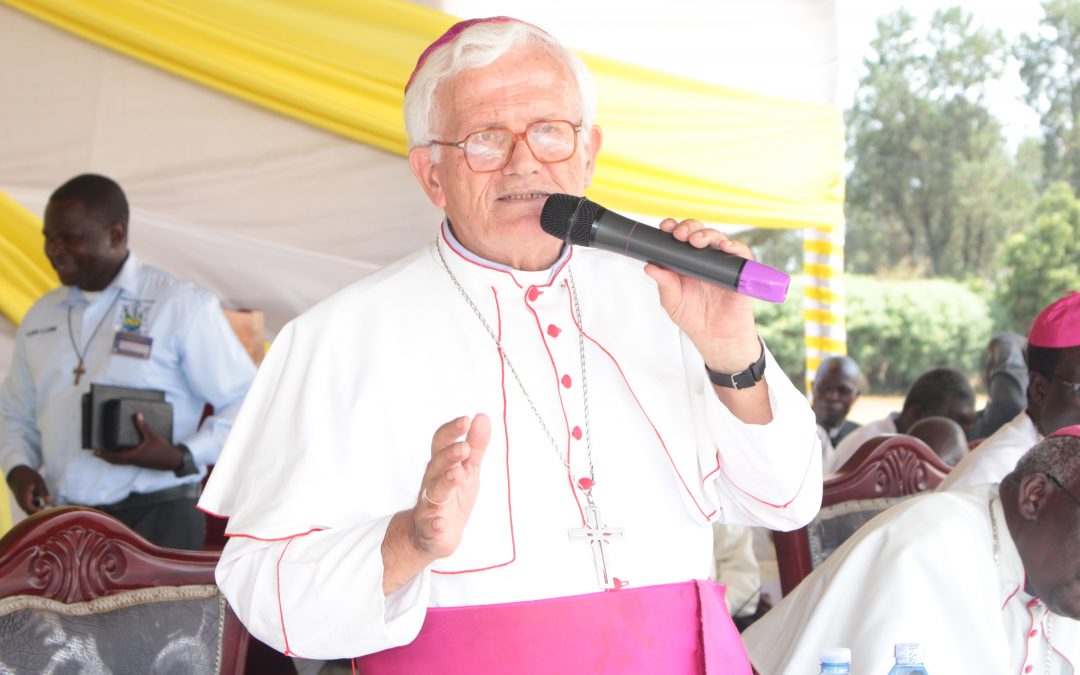 The Bishop Emeritus of Lira Diocese Rt. Rev. Joseph Franzelli has called on the people in government not to regard the poor in society as a liability who can not contribute to the national development. He said, “its instead the responsibility of the people in power to be merciful and help out the poor so that they are no longer their burden”.

Bishop Franzelli (file picture above) who was on Sunday celebrating the third mass at Lira Cathedral Ordination Ground said poverty exists everywhere and in various forms, the reason Pope Francis established World Day of the Poor to be observed in the Church every 33rd Sunday in the Ordinary Time. He mentioned some of the situation of poverty that include the orphans who have lost both parents, victims of different kind of violence, people addicted to drugs, prostitution, homeless people like the street kids and those young people seeking employment but denied due to myopic economic policies, among others.

He concluded by indicating that its only mercy that can be the solution to poverty but which can happen if the presence of Jesus Christ is recognized in the poor.