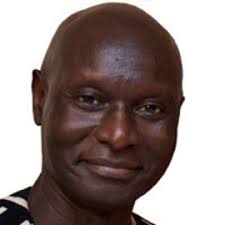 Mr Otunnu, a former United Nations Under-Secretary-General and Special Representative for Children and Armed Conflict and past President of Uganda People’s Congress-UPC has said the martyrdom of Archbishop Janani Luwum brought in the liberation of Uganda from the dictatorial regime of Idi Amin Dada in 1979. He said when the then President killed Luwum on the 16th February 1977, the whole world saw the reason to support the liberation struggle that was led by Ugandans and supported the Tanzanian military that toppled the government on 25th

Speaking on Radio Wa’s morning “Yaa Malo” Current Affairs program Tuesday 24th December 2019, Ambassador Otunu who is the Co-Chair of the Central Organizing Committee for the first ever pilgrimage from Namirembe in Kampala to Wigweng in Mucwini in Kitgum to commemorate the martyrdom of Archbishop Janani Luwum, said Ugandans and the world over now remember Luwum for his courage to speak against brutality and human rights. He asked all Ugandans irrespective of their denominations to support the pilgrimage by either participating physically in the walk from Namirembe in Kampala to Wigweng in Mucwini or through Sponsor Pilgrims Project by donating cash or in kind.

The Janani Luwum Pilgrimage 2020 was launched last Wednesday at St Paul Cathedral Namirembe in Kampala in a function officiated by the Prime Minister of Uganda, Dr. Ruhakana Rugunda together with the Archbishop of Church of Uganda Stanley Ntagali. The pilgrimage is set to start on January 29 next year from Namirembe Diocese. It will end on February 14 in Mucwini, Kitgum district. The Provincial Secretary, the Rev. Canon William Ongeng, said each pilgrim will have to part with sh75,000.