St Kizito PLE Candidates Get First Communion Ahead Of Exams 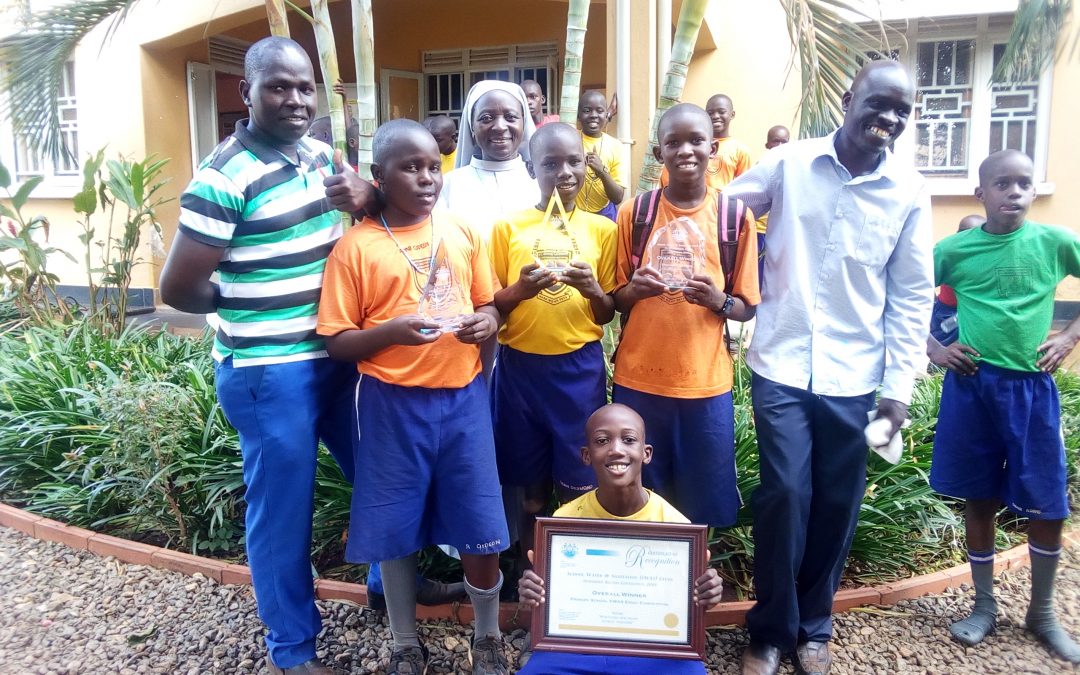 Eighty Four pupils of St. Kizito Nursery and Primary School received their first communion in the Sacrament of the Eucharist ahead of the Holy Blessing to the 110 Primary Leaving Examination candidates in a dedication prayer presided over by the Vicar General of Lira Diocese and Parish Priest of Lira Cathedral, Rev. Fr. Desiderious Pule Olima.

Accompanied by their parents and teachers, the pupils also led the liturgical procession during the mass at Lira Cathedral Ordination Ground with much pomp and excitement as they welcomed a midst them the 84 communicants.

In his homily, Fr. Desiderious Pule said the renewal of Christian life stems from from the deeper appreciation of the Eucharist and the first Holy Communion for the children is the moment of grace for the family, friends, children and elders alike. “Its our joy when we the number of communicants coming up…it means the word of God is moving on,” he said adding that as communicants, the children have been called to share the great hope of heaven and to be workers of peace and harmony here on earth. He implored that as peacemakers, they should be the true reflection of Jesus Christ whose love has guided them though their education at St Kizito Nursery and Primary School.

The Vicar who represented Bishop Santo Lino Wanok thanked the parents for making St. Kizito Primary School their choice to train their children. “I want to thank you before the Lord that you have made the right choice…its not because of having first grades(in Exams) but also enjoy the experienced training which takes the whole person; Body, Soul, the Health and Mind.” St Kizito Nursery and Primary School under Lira Diocese is known for its academic excellence as one of the best performing schools countrywide.