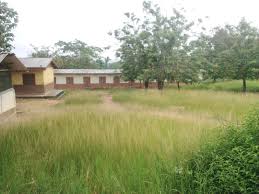 The Education Secretary of Lira Diocese Rev. Fr. Lawrence Opio has said the long period of the lock-down over corona-virus has had many negative impacts on schools that will need much money to redeem after the schools’ reopening.

Fr. Opio who was hosted on Radio Wa “Education Friday” program supported the views of most of the callers who said government need to open up schools or declare a dead year. He said many of the schools have suffered theft of property of the learners that include their mattresses and other belongings left behind after the directives to close down the schools three months ago. Other schools he said, have their lands encroached, Solar panels stolen, ant-hills grown inside the classrooms, termites eating up the timbers supporting the roofs and compounds overgrown with grass among others.

Daniel Omara Atubo, the proprietor of Leo Atubo College said the way forward to continued learning is the phase opening of schools for candidate classes as more studies are made for the full scale opening of schools. He wondered why the Cabinet, Parliament, the Central Executive Committee-CEC of NRM continue to meet while the markets across the country are operating amid the pandemic but not the schools.