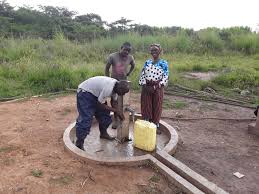 Mr. Edmond Aceka, the assistant District Health Officer in charge maternal and child health disclosed the report while speaking about the district’s Health and Sanitation situation on Radio Wa on Monday 21st December. He said due the sanitation conditions, cases of diarrhea and other related infections in children leading to severe loss of blood have been recorded. He also revealed that over 30.9% of the women in the district are also facing the same condition which he said is a shocking report that needs everyone to rise up and observe their own hygiene right from home. He however expressed hope that with the government program, The Community Total Led Sanitation, the situation will be made better since most families in the district are responding positively. The program aims at ensuring that each household has sanitary facilities like toilet, soft pits, kitchen and driers among others to reduce on the risks of catching the hygiene related illnesses.

Meanwhile, Mrs Judith Akello, the District Health Educator said the program is now a game changer since the communities in the implementation areas have owned it and testified of having realized positive changes in their homes. She said they have been giving out prizes like big saucepans to the best performing homes alongside forming community sanitation committee to ensure adherence and total ownership of the program.

The Chairperson Health and Education in Lira District Council Mrs. Judith Atengo expressed her joy that following their monitoring, community health has greatly improved. She called upon members of the community including those outside the implementation areas of Ogur, Barr, Agweng, Ngetta and Agali sub-counties to priorities on their health and ensure that the necessary facilities are available for disease surveillance.