Homicide Cases On The Rise In Kwania District 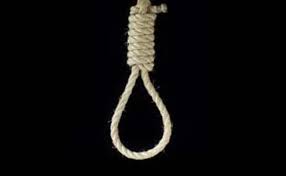 Five peoples have lost their lives in Kwania District within the period of only one month due to domestic violence in their families, according to the police. The District Community Liaison Officer of Kwania Sargent David Odongo Owino while confirming the report to Radio Wa said mong the cases of death reported at Kwania Central Police station, two were of suicide death and three brutal murders by their relatives.

One of the murder cases was that of a sixty six year old woman who was killed by her grandson identified as Mr. Olobo Casim 19 year of Akot ‘B’ village, Alira parish in Aduku Sub-county. Olobo allegedly used a panga to cut his grandmother’s head several times, accusing her of using vulgar languages on him.

Owino however said that the causes of the rampant killings in the area are due to Drug abuse like smoking of opium and too much consumption of alcohol. He also blamed some parents for failing to take their children to school, making them to become trouble makers in the society saying. He said some of them who are brought in police custody do not know how to read and write their names. He urged the cultural, religious and other leaders to take part in mobilising the community in fighting illiteracy.