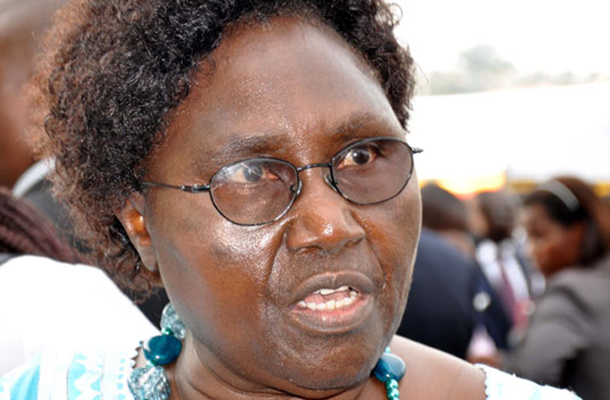 Dokolo District Woman Member of Parliament Hon.Cecilia Ogwal has vowed to continue mounting pressure on the government until it reduces the age of the beneficiary of Social Assistance Grant for Empowerment (SAGE) from 80 years to at least 65 years.

Cecelia Ogwal said the decision by the government to raise the beneficiary age from 65 years to now 80 years is not genuine since those within that age bracket are too few. In an exclusive interview with a Radio Wa reporter, MP Cecelia Ogwal condemned the move by government, saying as leaders, they will continue to petition the authorities until when it is reversed. She however called upon the leadership of the lower local governments not to leave the issue to the MPs alone but also to jointly advocate for the revision.

However when contacted for his comments, the spokesperson for the Ministry of Gender, Labour and Social Development Mr. Joseph Basoga refuted the claims that government increased the beneficiary age arguing that it is just a target mechanism since government does not have resources to pay all the elderly persons from the age of 65 years. He said the move was a recommendation by parliament to ensure that in the next three years, the beneficiary age can be gradually reduced from 80 years to 65 years. Basoga has meanwhile called upon the older persons to consider registering for the national Identity Cards which is a requirement for them to benefit from SAGE and other government programs.

Social Assistance Grant for Empowerment is a social protection program implemented under the Ministry of Gender, Labour and Social Development where qualifying older persons from selected districts are paid 25,000 shillings per month to support their livelihoods.