Cracking the Whip on Wetland Encroachers: 7 Prosecuted in Kwania District. 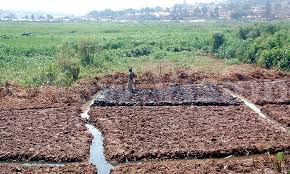 Seven people have been prosecuted in Kwania district over wet land degradation.

According to the Community Laision officer (CLO) of Kwania District Mr.Odongo David Owino ,the accused persons were granted bail but they are set to re-appear before Grade One Magistrate Court of Aduku on 16th.June.2019.

Mr. Odongo noted that, they have on several occasions issued warning in different forums against wetland degradation but in Vain.

According to Mr. Ogwang Jimmy the Forest Officer of Kwania ,the operation shall continue and whoever is caught will be prosecuted.