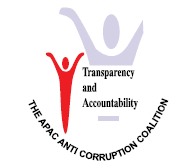 The community of Adyegi parish, Aber Sub county in Oyam district have given a 2 weeks ultimatum to a committee that was set to collect money and monitor the construction of an Out Patient Department at Adyegi Health Centre II, to refund their money. The resolution was made during the Public Accountability Forum organised by The Apac Anti- Corruption Coalition- TAAC, held at Adyegi Health Centre11 on Wednesday.

The issue arose from an allegation of mismanagement of 2,491,500/- collected by the community as contributions towards the construction at the health facility in 2015. According to the locals, they collected the money but have no idea what it was used for since the facility was later instead constructed by World Vision Uganda. This then prompted the chairperson of the meeting to parade the accused persons to give explanations which they tried with others implicating one another. After noting their explanations, the community under the guidance of Councillor LCV Jatim Bryan Ogutu then resolved to have them pay back the money.

The issue of Adyegi HCII was among other reasons why TAAC took the public accountability forum to Adyegi Parish and according to Tom Superman Opwonya, the TAAC Executive Director, Wednesday´s event marked the end of TAAC activities in Oyam district for the quarter.