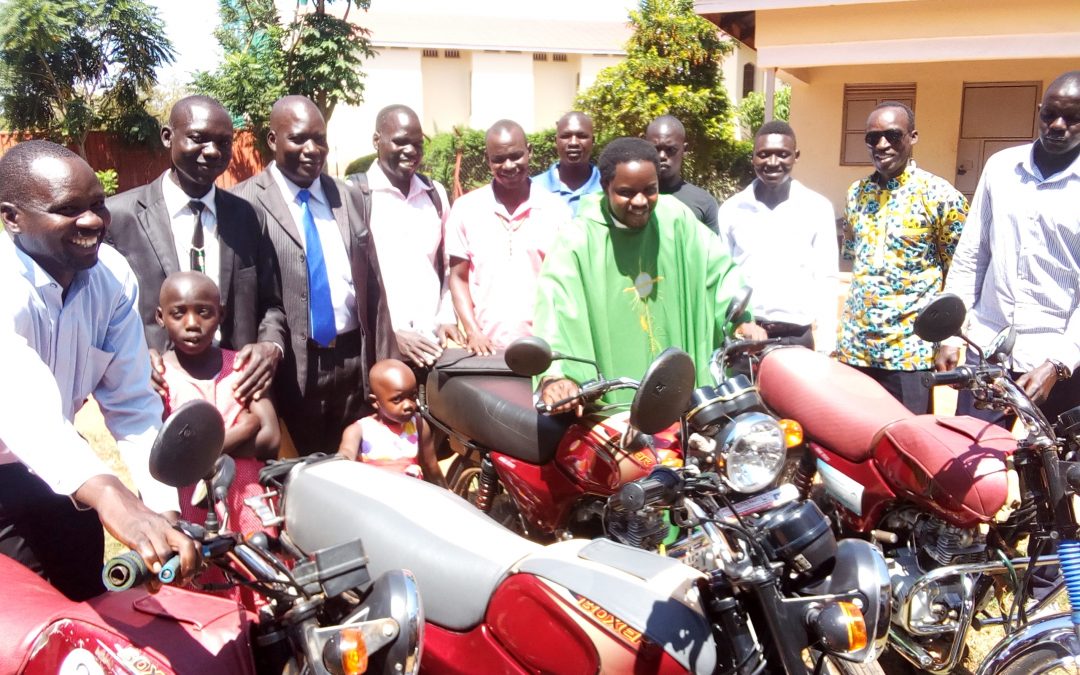 The Curate of Lira Cathedral Rev. Fr. Leone Okello has blamed the confusions in society to those who fail to acknowledge that God created man to know Him, Love and Work but choose to remain idlers. Highlighting more about the idlers in Lira Municipality, Fr. Leone said its no longer a secret that marijuana smoking already have designated places; one near the valley separating St. Mary Magdalene Girls’ Secondary School, one near St. Kizito Nursery and Primary School and the other at Pipe ward in Ojwina Division where he said, many youth gather and smoke the illicit substance instead of finding meaningful occupation. He wondered if the Police in Lira are not aware of this or have been compromised.

Fr. Leone who was on Sunday delivering his sermon during the 4th Mass at Lira Cathedral Ordination Ground that was animated by the youth that included members of Lira Cathedral Parish Bodaboda Motorcycle Riders’ Association, reminded the youth about St Paul’s 2nd letter to the Thessalonians that “For even when we were with you, we gave you this command: If any one will not work, let him not eat. For we hear that some of you are living in idleness, mere busybodies, not doing any work”. He then proceeded to bless the five motorcycles (pictured above) now owned by the association that began some months ago.

Although the sixth motorcycle was last week stolen from one of the members, the Chairperson of the association Williams Ochieng reported that the association has enabled many youth with unsettled minds over the choice of an occupation to join the Bodaboda industry that have in the past been associated to criminals. To join the group he said, one is required to pay a membership fee of only 5,000 shillings and to obtain a motorcycle on loan, one deposits Two Million Shillings on their account at Centenary Bank Limited and follow the conditions for recovery.