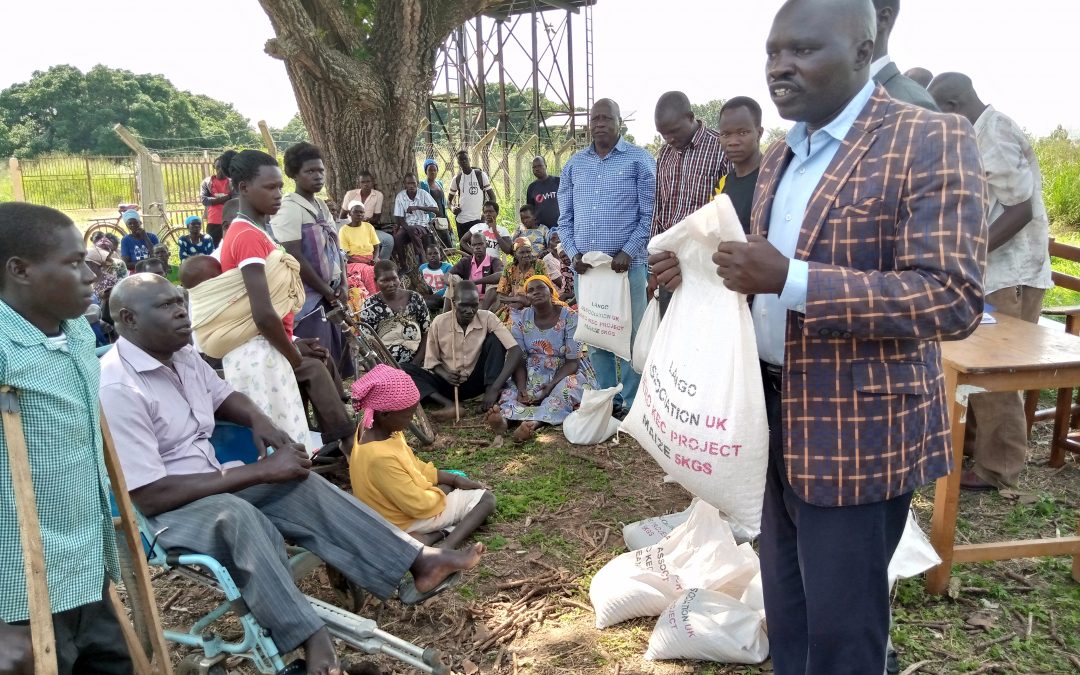 In a bid to promote a sustainable livelihood of the local community back home, Lango Association (UK) in partnership with Global Support Initiative, an NGO has launched a seeds donation project for all the 9 districts in Lango Sub region. The launch of the project code-named “Dero Kec” loosely translated in Lango as Food Basket took place on Monday 20th July in Omoro Sub-county in Alebtong district where over 90 households received maize,beans and sorghum seeds.

Speaking in a teleconference from London with the media in Lango, Geoffrey Odur, the Vice Chairperson of Lango Association (UK) said the project is aimed at combating the impacts of famine, COVID-19 pandemic and locusts infestation in the lives of the different vulnerable groups people including the elderly, People with Disabilities, People Living with HIV/Aids, Child Headed Families among others in Lango Sub region.

Meanwhile, the Executive Director for Global Support Development Initiative Mr. Kenneth Allan Owani noted that project now in its pilot stage shall be a platform of reviving the system of food security. The Chairperson of Alebtong District Okello Dennis Johnson applauded Lango Association (UK) for their initiative and appealed to the local community not to take the program for granted but to embrace it fully.